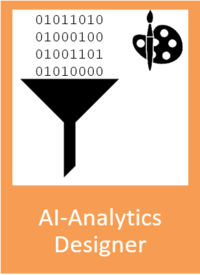 Data analytics plays a key role in the ZDMP architecture with many expected use cases dependent upon it. The AI-Analytics Designer component deals with machine learning integration into ZDMP. The main purpose of machine learning in ZDMP is to detect and/or predict any defects in the production process and parts that lead to delay or inconsistency in the delivery of further products. The machine learning models are built using analytic algorithms based on the statistical-machine-learning linear-algebra libraries.

The following images are illustrative screenshots of the component. 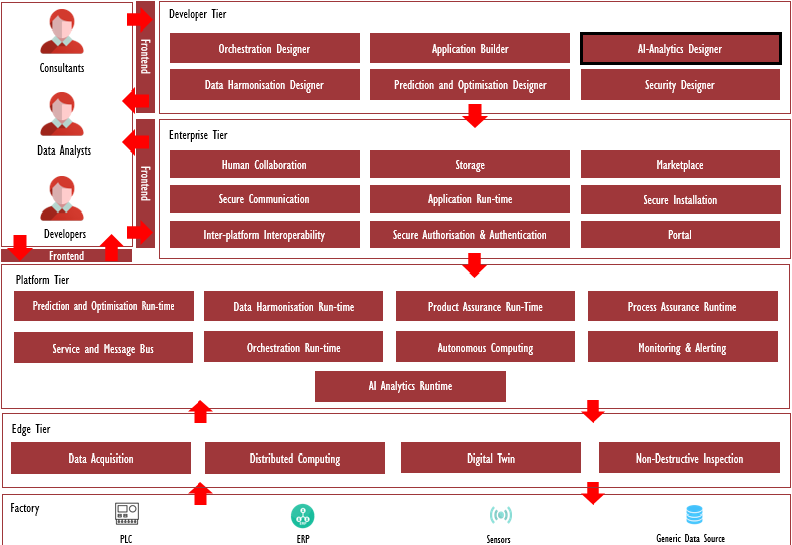 The features for this component are itemized below and explained thereafter:

The functions and features of the AI Designer are the following:

AutoML is used for automating the machine learning workflow, which includes automatic training and tuning of diverse models within a user-specified time limit. Stacked Ensembles – one based on all previously trained models, another one on the best model of each family – are automatically trained on collections of individual models. These produces highly predictive ensemble models which, in most cases, are the top-performing models in the AutoML Leaderboard. This component creates tasks for model training based on user input data, builds machine learning models, creates MOJO/POJO files for AI Runtime, and generates information for AI Designer’s chart functionality.

The functions and features of the AutoML component are the following:

To run this component use the following steps:

This command runs the migrations for Django, without this command, Django throws an error specifying that it is missing the session table.

To login to the admin area of Django, a superuser must first be created, by using the command below. The bash asks for a username, email, and password.

First, the Keycloak server must be added. This can be performed in the Django Admin (relative URL: /admin) (see ).

Note: When the application accesses the Keycloak server using a different URL than the public one, this URL can be configured as an “internal URL”. Django Keycloak uses that URL for all direct communication but uses the standard server URL to redirect users for authentication.

After a REALM and Client are created in Keycloak, these can be added in the Django admin (See ). 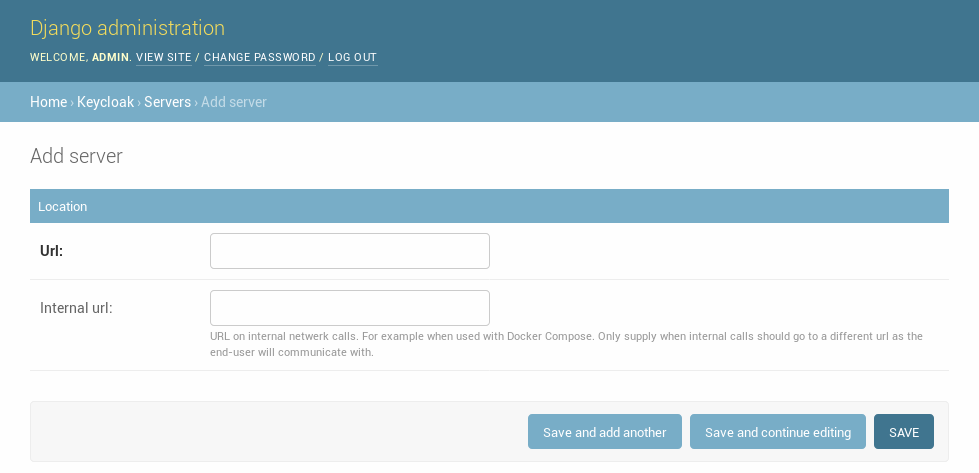 After the realm is added run the following actions (see description below):

In the Django Admin, the action “Refresh OpenID Connect .well-known” can be applied to a realm (See ). This retrieves the .well-known content for the OpenID Connect functionality and caches this in the database. In this way, it is not required to fetch this file before each request regarding OpenID Connect to the Keycloak server. 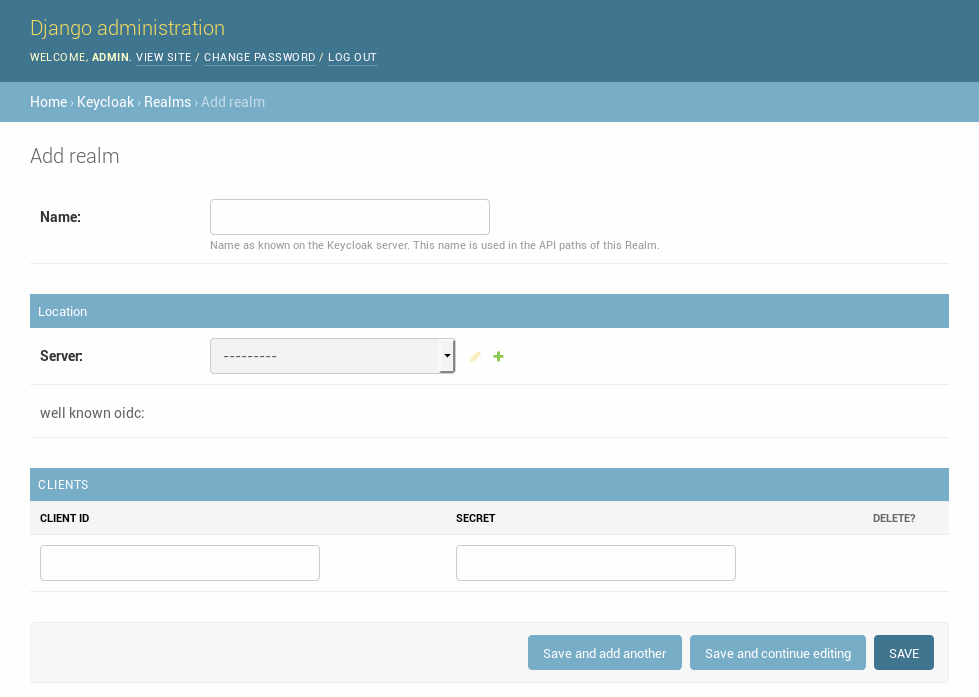 This refreshes the cached certificates from the Keycloak server. These certificates are used for the validation of the JWTs (See ). 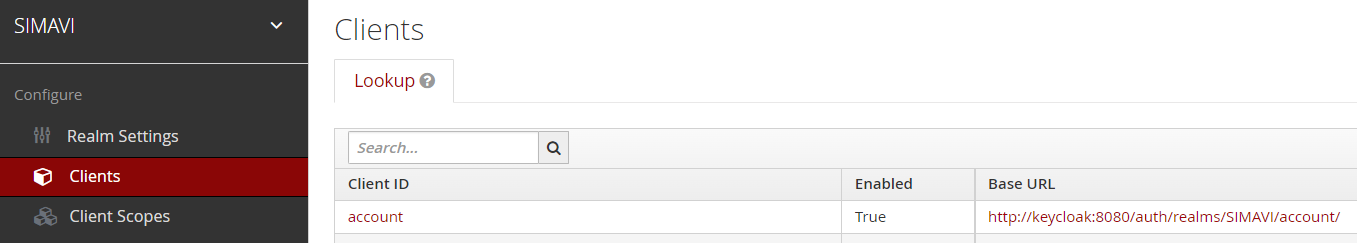 While debugging client service account permissions, it is sometimes required to refresh the session to fetch the new permissions. This can be performed with this action in the Django admin (See ). 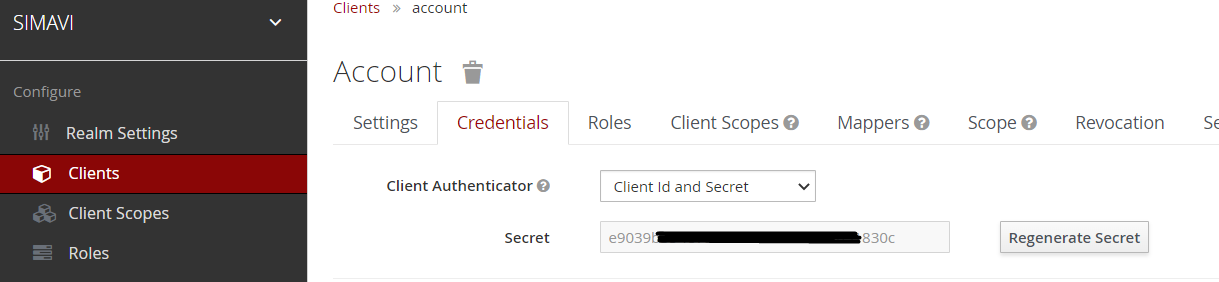 Using the AI Analytics Designer, users can train models, store them in the Storage component and send them to AI Analytics Runtime which deploys them and expose an API to allow interaction with the AI models and make predictions based on new data.

In the first step, the user can create a new project by adding a project name, project version, description, and tags that are used for searching (See ).

In the second step, the user can choose the CSV dataset file that is used for the AI training process (See

Choose the columns for the training dataset

In this step, the content and column structure of the previously selected dataset file is displayed, and the user can review the data (See ).

The user must select the predictor columns that are used for the training process.

Finally, they can choose the maximum run time for the training process before training the final Stacked Ensemble models (See ).

The application starts the training process with selected data and displays the status for the current process (See and ).

AutoML trains and cross-validates the following algorithms (in the following order): three pre-specified XGBoost GBM (Gradient Boosting Machine) models, a fixed grid of GLMs, a default Random Forest (DRF), five pre-specified H2O GBMs, a near-default Deep Neural Net, an Extremely Randomized Forest (XRT), a random grid of XGBoost GBMs, a random grid of H2O GBMs, and a random grid of Deep Neural Nets. In some cases, there might not be enough time to complete all the algorithms, so some may be missing from the Leaderboard.

For best performance, AutoML then trains two Stacked Ensemble models “All Models” and “Best of Family”. The “All Models” ensemble contains all the models and is optimized for model performance. The second ensemble “Best of Family”, contains just the best performing model from each algorithm class/family and is optimized for production use since it only contains six (or fewer) base models. It should be relatively fast to use (to generate predictions on new data) without much degradation in model performance when compared to the “All Models” ensemble. Both of the ensembles should produce better models than any individual model from the AutoML run except for some rare cases.

In this step, the results are displayed including generated model Leaderboard and graphical representation of the models from the results (See ).

Graphical charts and plots of the metrics are displayed to show the performance of each model.

The Gains/Lift Table page uses predicted data to evaluate model performance. The accuracy of the classification model for a random sample is evaluated according to the results when the model is and is not used. The gains/lift chart shows the effectiveness of the current model(s) compared to a baseline, allowing users to quickly identify the most useful model. H2O uses the response rate of the top ten groups to evaluate the model performance; the highest response and greatest variation rates indicate the best model (See ).

Variable importance is determined by calculating the relative influence of each variable for GBM and DRF models (See ).

After the AutoML training, the MOJO/POJO model files are available for download for each model. The best-generated model “Best of Family” is packaged and sent to the AI Analytics Runtime Component (See ).

The deploy package contains the MOJO model generated from the training process and the prediction methods that use the model for future predictions (See ).

After the model is successfully deployed, the API endpoint can be used for prediction with new sets of data (As can be seen in ): 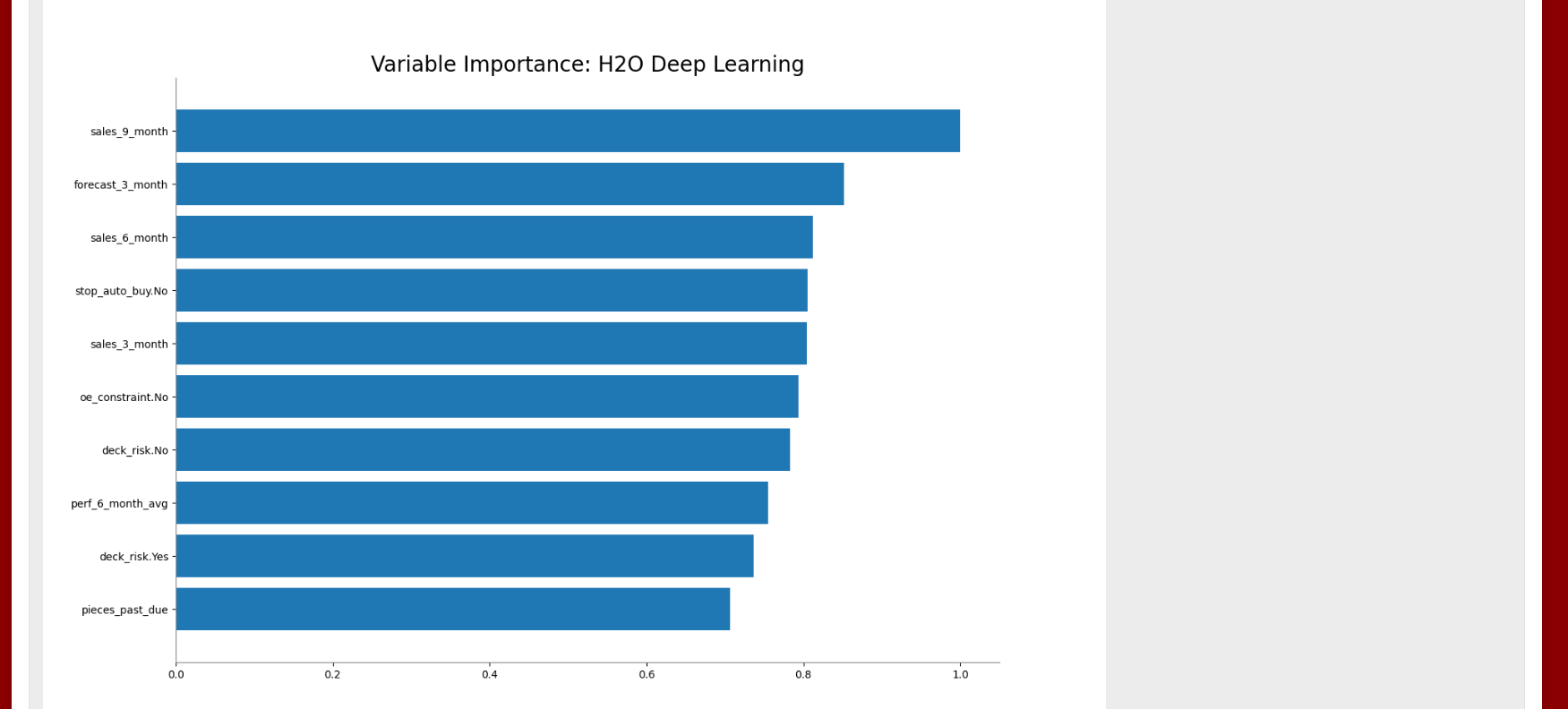